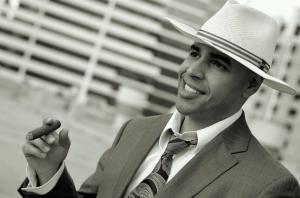 Jonathan Pollard is a competition lawyer based in Fort Lauderdale, Florida. He maintains a nationwide practice litigating and arbitrating complex non-compete, trade secret, trademark and unfair competition disputes. With respect to non-compete litigation, he routinely represents corporate executives and other high-level employees who are switching companies, or, who have started their own firms. Likewise, Jonathan frequently represents growing companies that hire individuals who are subject to non-compete agreements. He has extensive experience defending claims of employee raiding.

In addition to non-compete litigation, Pollard and his firm have extensive experience prosecuting and defending trade secret claims. With respect to litigation under the Lanham (Trademark) Act, Pollard has prosecuted and defended claims for trademark infringement, false advertising and cybersquatting. Additionally, Jonathan has significant experience with unfair competition cases and has both prosecuted and defended complex antitrust claims, including claims based on patent abuse.

Pollard has been quoted on related issues by the New York Times, the Wall Street Journal, Bloomberg, FundFire, Law360 and PBS NewsHour. A frequent speaker and CLE presenter, Pollard has spoken on non-compete law, sale of a business non-compete agreements, antitrust implications of non-compete agreements and the Defend Trade Secrets Act.  His cases are frequently covered in state and national media. His written articles have appeared in Law360 and Litigation Commentary & Review.

Prior to establishing his own practice, Jonathan was an attorney at the prominent litigation firm Boies, Schiller & Flexner.  He is licensed to practice law in all Florida state courts, all Florida federal district courts and the Eleventh Circuit Court of Appeals.  Representative matters include:

Jonathan earned his J.D. from Georgetown University, where he was awarded a full scholarship and served as an associate editor of the Georgetown Law Journal. While working with Georgetown’s asylum clinic, Jonathan and a classmate successfully represented a Cameroonian refugee in an asylum proceeding. Throughout law school, Jonathan served as a contributing writer for a number of legal publications, including The Hedge Fund Law Report and The Native American Report.

Prior to law school, Jonathan taught high school English in southwest Baltimore, Maryland.  He is the founder, coach and a major sponsor of the speech & debate program at Boyd Anderson High School, in Lauderdale Lakes.  For more information, visit http://www.pollardllc.com.