In a surprising continuation of Obama-era policy, the Trump DOJ has announced that it will pursue criminal action against firms using no-poaching agreements. On January 18th, 2018, while speaking at an Antitrust Research Foundation conference, Assistant Attorney General Makan Delrahim noted that the DOJ has not backed away from previous no-poaching guidance. Instead, AAG Delrahim indicated that criminal prosecutions would be forthcoming in the next few months. Many had expected the Trump DOJ to relax antitrust enforcement. This contrary move signals aggressive enforcement, at least with respect to this specific range of conduct.

So-called no-poaching agreements are pacts between competitors in which they agree not to hire each others’ employees. The most recent and noteworthy example of a high-level no-poaching conspiracy comes out of Silicon Valley. In the early 2000’s, Adobe, Apple, Google and others entered a no-poaching pact. That gave rise to both an action by the DOJ and a civil class action that settled for more than $400 million. Market actors should anticipate aggressive enforcement targeting not only no-poaching agreements, but also any conduct that goes in that same direction (e.g. wage fixing).

The Apple et. al. no poaching pact was designed to divide up talent on the front end. But it also happens on the backend— of lawsuits. Non-compete, trade secret and tortious interference disputes often involve a company suing its former employees (vertical). But the biggest lawsuits in this space are between industry rivals: One tech company hires engineers or software developers away from an industry rival. The ensuing litigation pits rival against rival, with the plaintiff alleging unfair competition. That’s horizontal.

Management-side labor and employment lawyers are accustomed to settling non-compete cases with market restrictions (e.g. the employee stops working for the competitor and agrees to stay out of the market). In the company v. individual employee context, this sort of resolution is unlikely to raise antitrust issues. But in the company v. company context, it’s a whole new ballgame. The problem: These management-side labor and employment lawyers have absolutely no understanding of antitrust law.

Let’s take an example: Tech Company A hires several employees from Tech Company B. Tech Company B sues for violations of the non-compete, tortious interference, theft of trade secrets and everything else imaginable. Company B claims these employees have the secret sauce and could cause $10+ million in damages. After expedited discovery and a preliminary injunction hearing, the parties are waiting on a ruling. But both sides are uncomfortable gambling on the outcome. They decide to settle. A key term of the settlement: For three years, A and B agree not to hire each others’ employees.

I’ve litigated that type of case a dozen times. Almost invariably, there’s a big firm labor and employment lawyer on the other side. And that lawyer wants a no-poaching provision as a condition of settlement. When I balk at that and explain the antitrust concern, I get the following, universal response: We do this all the time. That retort has its genesis in the fact that such lawyers do not understand the critical distinction between vertical restraints (less suspect) and horizontal restraints (highly suspect and potentially per se illegal).

Many labor and employment attorneys believe that no-poaching provisions in settlement agreements are immune from antitrust scrutiny. They’re not. A blanket no-poaching agreement between industry rivals – whether as part of a settlement or otherwise – raises antitrust concerns. If the players are big enough, that’s a potential source of tremendous exposure. And the exposure comes on four fronts: (1) Regulatory civil; (2) Regulatory criminal; (3) Civil vs. a market rival; and (4) Civil vs. employees and prospective employees. A simple fix is for antitrust counsel to vet these types of settlement agreements. 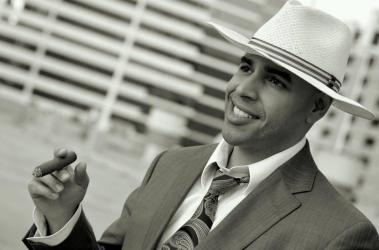 Jonathan Pollard is a competition lawyer based in Fort Lauderdale, Florida. He maintains a nationwide practice litigating complex non-compete, trade secret, trademark and unfair competition matters. He has been quoted on related matters in the New York Times, the Wall Street Journal, Bloomberg, FundFire, Law360 and PBS NewsHour. A frequent CLE presenter, lecturer and panelist, he routinely speaks on competition issues, particularly the intersection of non-compete agreements and antitrust. His office can be reached at 954-332-2380.