It’s August of 2018 and non-compete agreements are still rampant in American markets. Not surprisingly, non-compete litigation remains big business for management-side lawyers, particularly at large corporate firms. But there are cracks in the armor. More and more states are contemplating severe restrictions on the use of non-compete agreements, if not outright bans. And several state attorneys general throughout the country are taking a hard-line on non-compete abuse. There’s still a long way to go before the powers that be admit that current market realities render virtually all non-compete agreements illegal restraints of trade. After all, the power structure benefits from non-compete abuse. Entrenched corporate interests are able to prevent employee mobility, eliminate competition for talent and suppress wages. And BIGLAW gets paid. Change takes time. But we are seeing progress. I have been fighting this fight for nearly seven years and I have no plans to stop anytime soon. Here’s my roundup:

A private security company called Critical Intervention Services, Inc. makes its security guards sign non-compete agreements. Michael Kenny worked for CIS for less than three weeks. Kenny is a military veteran and a single father. He couldn’t work the night shift because he wasn’t able to find childcare. When he brought this up to his bosses at CIS, they told him to work the overnight or find another job. He found another job working as a bank security guard. But CIS sent a cease & desist letter to his new employer threatening a lawsuit over the non-compete. The new company panicked and fired Kenny. We sued CIS to declare the non-compete agreement unenforceable. They countersued for breach of the non-compete and are demanding at least $50,000 in liquidated damages. The case is ongoing.

As I’ve previously noted, large franchises – particularly restaurant franchises – are notorious for abusive non-compete tactics. Corporate non-compete abuse in the franchise context usually involves the following two components: (1) A non-compete that restricts the franchisee from leaving the franchise and starting a “competitive business.” Here’s an article I wrote a few weeks ago. Simply put: If you own a McDonald’s franchise and separate from the company, according to the terms of your non-compete, you can’t start, e.g., a Subway. Heck, you can’t even start a 7-Eleven. Talk about an unreasonable restraint of trade that serves no legitimate business interest. But, as I explained in my recent article, we’re in this franchise non-compete mess because courts created a terrible body of law comparing franchise non-compete agreements to sale of a business non-compete agreements. That’s logically incoherent. Component (2): A provision that restricts employees from moving within the franchise (e.g. from one McDonald’s to another). That, of course, is sheer madness. But for years, if not decades, many chains like Panera, Five Guys, Sonic, etc. had a standard non-compete provision in all of their franchisee employment contracts restricting mobility. Fortunately, certain state attorney generals have started to tackle this issue. Their efforts have already pressured numerous chains to drop these “no poaching” provisions. For more on that, see the following article:

The sad thing is that this is considered incredible progress. That just shows you how messed up and regressive the system is. These companies were abusing non-compete agreements that were illegal and unenforceable. They were doing it for years. They’ve only now started walking it back because of (a) public pressure and (b) the threat of action by state attorneys and even the DOJ Antitrust division.

Massachusetts has passed non-compete reform. It helps but it doesn’t go far enough. Some key components of the new law:

Notably, the law does not address non-solicitation restrictions. That’s just as big of a problem. Here’s why: Because it’s 2018 and the vast majority of customers in any industry are readily available to every competitor in the market. LinkedIn. Google. Facebook. Non-solicitation agreements were enforceable back in the 1980’s and 1990’s because the market was different. But in today’s world, the market reality suggests that non-solicitation agreements, particularly where big business is involved, are illegal and unnecessary restraints of trade. From my perspective (and a substantial body of case law in many jurisdictions supports this): If a customer relationship is not long-term, contractual and exclusive, it should not be considered protectable. If the market is highly competitive, there is no legitimate basis for freezing out other potential competitors. 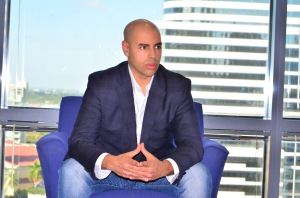 Jonathan Pollard is a competition lawyer based in Fort Lauderdale, Florida. He litigates complex non-compete, trade secret, trademark and unfair competition cases. His office can be reached at 954-332-3280.